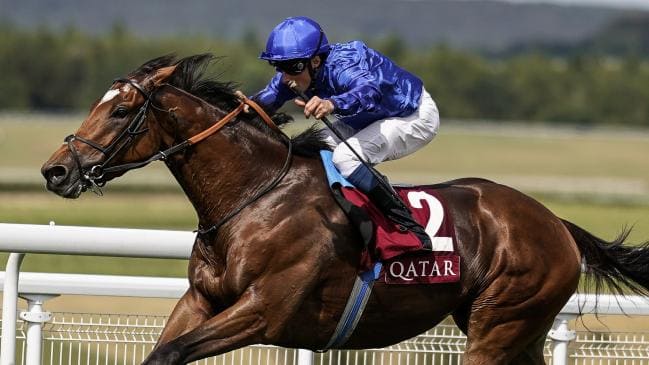 Springtime in Australia means one thing, it’s time for the Melbourne Spring Racing Carnival and more importantly, Melbourne Cup Day. They call it the “the race that stops a nation”. Local governments list the race day as a legal state holiday. People from all over the world gather for a series of races held over one incredible week, featuring numerous Group 1 events with the Melbourne Cup serving as the Carnival’s centerpiece.

With all that said, Melbourne Cup Day is more than a day of first-class horse racing, it’s a racing festival spectacle like no other in the world. The Carnival’s history is rich, dating back over a century and a half. The real charm of Melbourne Cup Day and the big race is it has something to offer for everyone, no matter what gender, ethnicity or age. The real charm lies in the detains.

The Race and Venue

In 1861, the Victorian Racing Club set out to innovate one of the greatest horse racing events in the world. The Melbourne Cup was born. The four-day Melbourne Cup Carnival has been held during late October/early November each year since 1864 with the feature event always scheduled to start at 3:00 pm on the first Tuesday of November. The historic Flemington Race Course (Melbourne, Victoria, Australia) serves as host for the carnival.

The Melbourne Cup is the richest turf race in the world with an overall purse that now sits at A$7,300,000 (60% to the winning owner). Race conditions: 3200 meters (two miles) on Turf for 3-year-olds and upward, racing under handicap conditions. Weights are assigned by Victoria Club officials after the first round of nominations are recorded. The race usually receives 300-400 nominations with the actual Melbourne Cup race restricted to 24 starters. Starting selections follow a predetermined set of guidelines if the race ends up over-subscribed.

As a world horse racing event, Melbourne Cup Day receives remarkable media coverage from the trusted sources. Horseplayers and the game lovers also bet on the race from horse racing venues and online racebooks for this magnificent Melbourne Cup events all over the nation.

The list of of Melbourne Cup horses that have won this race reads like a who’s who of thoroughbred horse racing history. It’s noteworthy that the race’s only three-time winner was the super mare Makybe Diva (2003, 2004, 2005). Other important winners include Kingston Rule (1990), Think Big (1974, 1975), the incomparable Phar Lap (1930) and last year’s winner Cross Counter from the powerful connections of Godolphin/Appleby/McEvoy.

As mentioned earlier, the real charm of Melbourne Cup Day lies in the special events that create one of the top racing spectacles in the world. This year’s Melbourne Cup Day will be held on Tuesday, November 5, 2019. The race usually draws live attendance of around 100,000 patrons with as many as 600,000,000 million people watching the race worldwide.

Around the carnival grounds, patron will have access to a number of fun and exciting activities. For the starstruck fans, there will be plenty of international celebrities moving about the ground. To keep the kids busy, the Victoria Racing Club offers special activities for kids of all ages.

Adult patrons will be treated to drink and fine dining in the facility’s clubhouse and dining facilities as well as in the food/beverage tents located throughout the grounds. No worries about what’s on the menu as cuisines from all over the world are in the offering.

In between races, patrons are invited to enjoy a variety of live entertainment. From magicians to live concerts, patrons are assured a full day of activities. When it’s race time, big screen TVs located all over the facility will make it easy for race fans to make sure they don’t miss any of the racing action.

Of course, it wouldn’t be Melbourne Cup Day without a focus on fashion. For the ladies, it’s all about the beautiful print dresses and spectacular hats. For the men, well, it’s about looking at the beautiful ladies.

The Melbourne Cup Racing Carnival has survived for over 150 years now. With first-class racing, pageantry and all the charms of spring, it’s a tradition that will surely survive another 150 years.